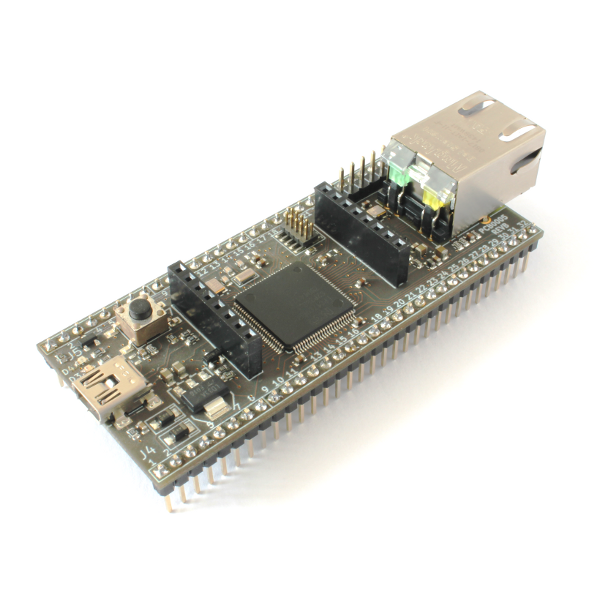 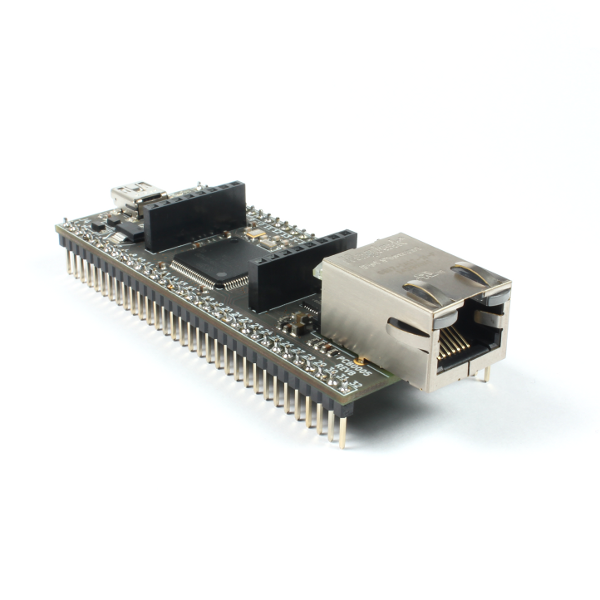 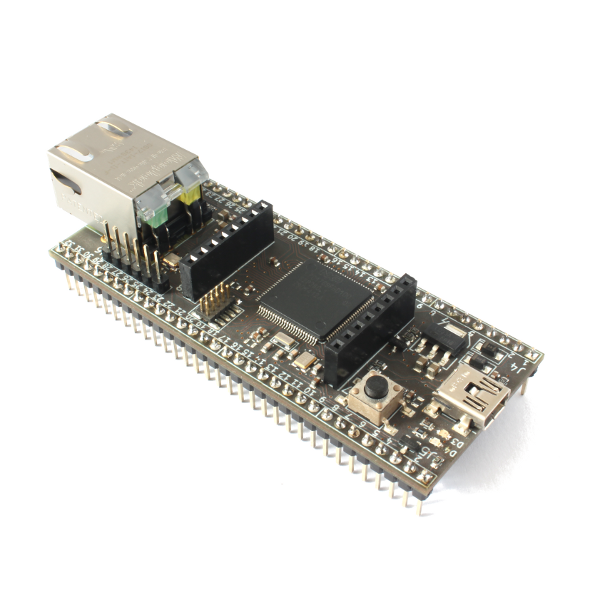 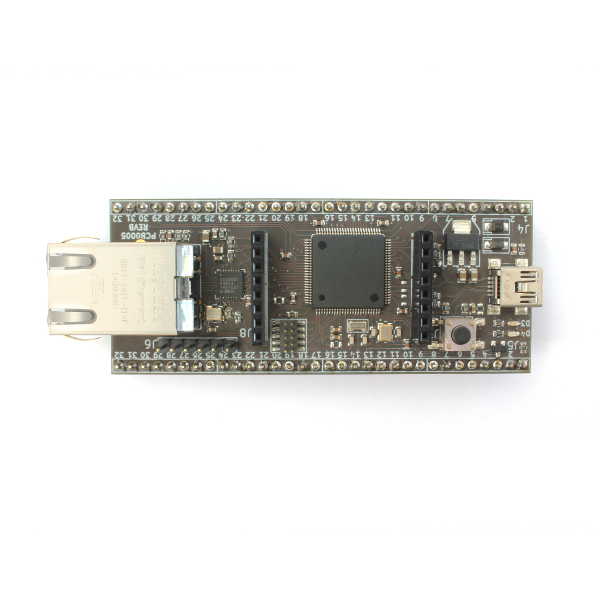 The Black Ram LPC1769 development board is based on an ARM Cortex-M3 processor from NXP. Able to run at 120MHz with 512kB on-chip flash and 64kB of RAM, this board means business.

It is designed to be low cost yet give a high level of performance to professional developers and the hobbyist looking for more power and features.

Peripherals including 3xUART, 2xI2C, 2xSPI, I2S, multiple PWM and ADC pins along with plenty of GPIO are available via the dual in-line pin headers.

The board includes an Ethernet PHY and RJ45 connector along with a direct USB link to the processor. 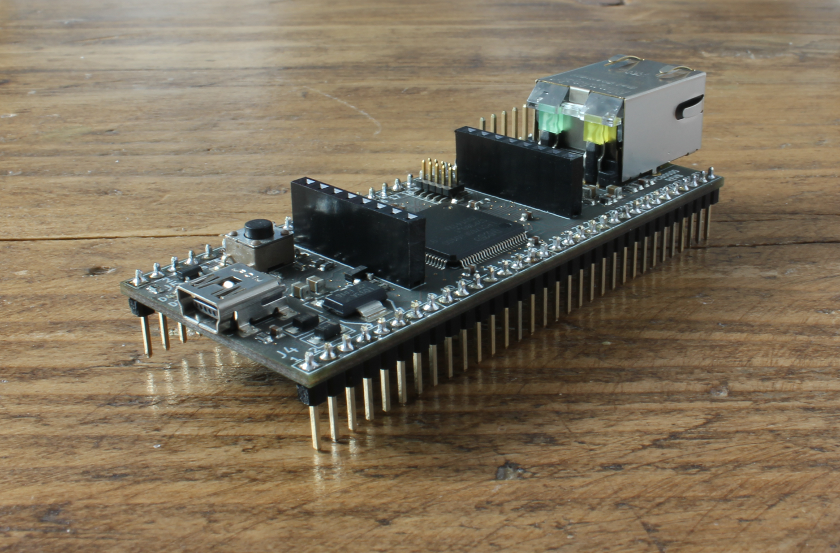 The board can be programmed through the built in bootloader via the serial header or by the standard ARM mini JTAG header (check out our JTAG adapter if needed). Head over to our tutorial to learn more about programming and using the bootloader.

The LPC1769 processor used is a higher speed version of the LPC1768 that is used on the mbed board. This means it is easy to load mbed compiled programs directly to this board. Read this short tutorial to learn more.

A pair of 32-way, 2.54mm (0.1 inch) pitch pin headers give access to the large amount of peripherals of the LPC1769. Additionally, on the top of the board there are a pair of 8-way, 2.54mm headers to allow for small low cost expansion boards or stripboard. 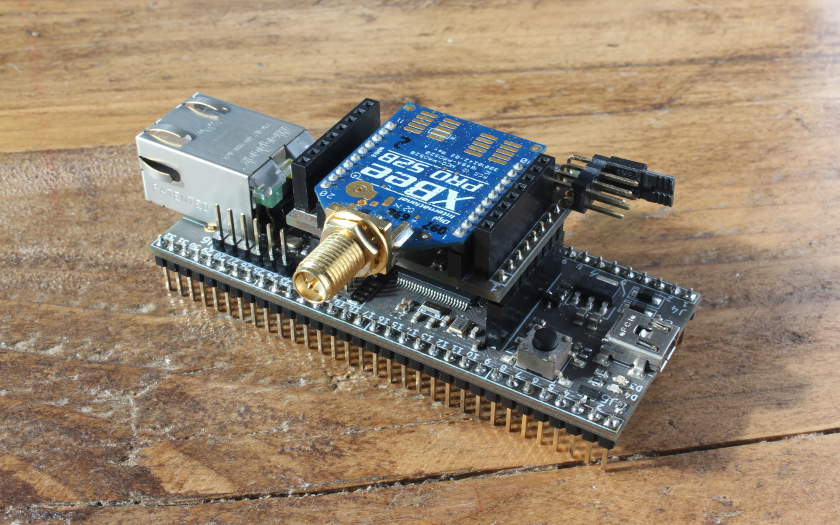 We have a number of expansion boards in development that will be available in the coming weeks, so keep checking back! 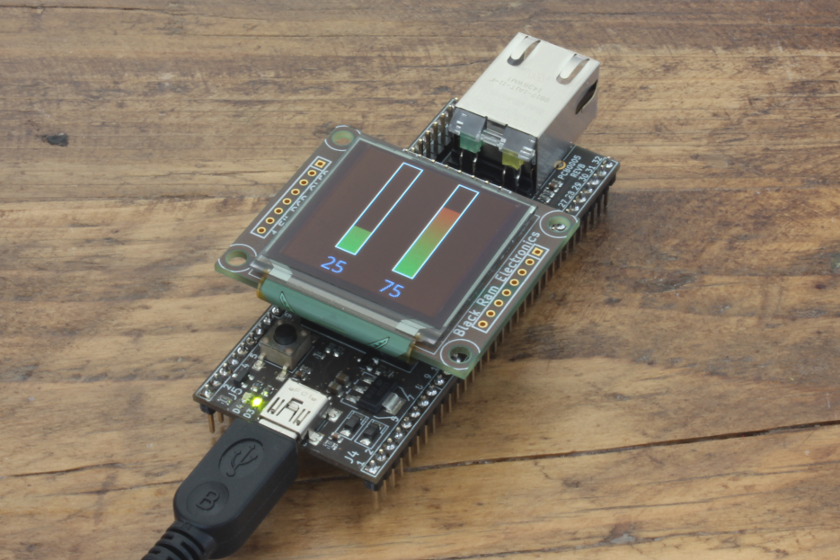